Nice Try But You Can't Scare Me Off 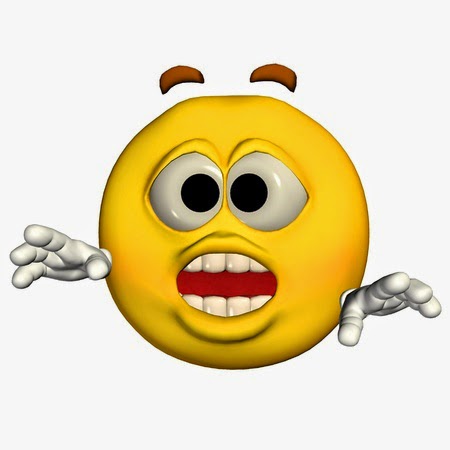 I read an interesting post written by Greg Nino, a real estate agent from Houston. He outlined his advice to people who want to get their real estate license. Sure wish he had written it before I opted to go into this latest (ad)venture.

No, it wouldn't have stopped me at all. I just maybe would have had my eyes opened just a tad wider.

The post was interesting to me because I'm less than a year into this latest (ad)venture of mine.

It was interesting to me because I did have a few "AHA" moments, followed by some "Why in the Sam Hill didn't someone tell me this when I was asking a gajillion folks at the very start of my (ad)venture?!?!"

And, it was interesting to me because, I also had a few "Well, duh?!" moments just like a seasoned veteran.

After Mr. Nino  lists 42 reasons why someone shouldn't go into real estate, he does manage to end on a positive note. His 42 reason rant on why you shouldn't become a realtor wouldn't have and really doesn't deter me.

After all, I taught high school for 27 years for crying out loud. It takes more than 42 reasons to stop me from doing something. You try keeping 30 or so kiddos with raging hormones entertained for 55 minutes--all while educating them with stuff that half of them don't care about or want to know, and let's see how that little gig works out for you.

This real estate thing? A mere walk down the hall during passing period with a hall fight thrown in. I'm battle ready. You don't scare me, Mr. Nino.  So let's review just three of the 42 points he made and my little spin on them…

•Passing the exam is easy but creating a business with real income is a different story. Here I agree. At first, I guess I never really viewed my latest (ad)venture as being its own little business. I don't know why I didn't realize that. I should have realized that. Perhaps a more prudent person would have realized that. Instead, I guess I viewed it as more or less structured like a school. Each agent (teacher) working out of their own classroom (home office) but under one umbrella (the school and district in charge). It's that last part  I got wrong. Now I know, I really am the boss of me.

Mr. Nino claims the exam is easy, and I admit I really didn't struggle with it, but  as a former educator, I did have one big issue with that exam. Whomever makes up those convoluted test questions obviously was never a teacher nor a test maker. The goal of all good test writers is to actually test knowledge, not to write difficult to read or tricky questions.  I spent more time trying to figure out exactly WHAT the questions were asking me than actually answering the question. Jeepers.

•Now that you have your license, be prepared to lose friends and get your feelings hurt. I really wish someone had told me this one, but it really blindsided me. Everyone tells you to work your "sphere of influence"–friends, family and former co-workers. So naturally I just expected them to use me for their real estate needs. Instead, there were at least four people who didn't.  If someone had told me from the get-go,  I would have been less, shocked and angry.

•Almost nobody will respect your time. Almost everyone thinks you are overpaid. Just as with any profession, I think if you allow people to not respect you or your time, that's what you get. If you allow people to walk all over you, they will. If everyone thinks you are overpaid and you don't educate or explain your fees, well their perception becomes their reality.  If you set boundaries and expectations, most will stay within those limits. I figure if it works with teenagers in classroom, it most definitely will work in this line of work.

So, the big question then, is why did I go into real estate since there apparently are so many reasons not to?

And who knows? Hopefully as an added bonus, Mr. Nino might actually be right, and the money might turn out to be good.

Posted by askthehomediva at 7:28 PM No comments:

Tips for Choosing a Paint Color

Dear Home Diva,
I know that painting the inside of my house can help in selling it, but I just don't know what colors to choose.
--Vinny V. Go

I, too, have troubles selecting a paint color. Before painting entire rooms, ask for a sample can, and just paint a small swatch in differently lighted areas of the room to see how it looks. My daughter thought she had selected a mellow, pale yellow for her bedroom. Instead, it was an angry, screaming school bus yellow.  Ugh.

The Dallas Morning News recently ran an article about Guggenheim Color paints by Fine Paints of Europe that featured 150 colors from the museum’s collections galleries. At about $130 for about two-thirds of a gallon, it’s pretty pricey, but so is a painting by Cézanne.

Even if you can’t afford the Guggenheim paint (I know I can't), Karen Meyerhoff, managing director for business development at the Guggenheim, offers these tips in the article for selecting colors:

•Use gray to mute the background and to focus on objects. Keep in mind these don’t have to have be works of art. This includes such features as fire places, crown molding or furniture.
•Select a tone for a featured object in the room such as a sofa and use it on the walls. Using the same tone throughout will soften a room.
•Pick a dark color if you have something you want to hide such as bad corners or pipes.

Posted by askthehomediva at 11:17 AM No comments: